About Our Law Firm

Serving Those Who Live or Work in New York State

Bergstein & Ullrich law is a small but aggressive litigation firm concentrating in the areas of civil rights, employment rights and benefits, workplace harassment and appellate practice. We work closely with clients, combining personal attention with professional service and legal expertise.

Bergstein & Ullrich was formed in 2001. We have extensive experience in plaintiffs’ litigation. We have won jury awards and negotiated settlements vindicating clients and upholding their constitutional and civil rights. Many of our victories have become important precedents in New York, and in jurisdictions around the country.

The Bergstein & Ullrich law firm represents plaintiffs and employees whose rights were violated and need vigorous representation in court or other venues.  There are laws to protect you in these situations. We help plaintiffs take legal action, often a last resort for many who have tried and failed to resolve the matter. With our legal knowledge and experience in hundreds of cases, we can help get the relief you seek – such as lost wages, compensation for pain and suffering, coverage for medical expenses and other damages.

Bergstein & Ullrich is based in New Paltz, New York, and practices in state and federal courts, as well as administrative agencies like the Equal Employment Opportunity Commission and the New York State Division of Human Rights.

If you have a legal matter for us to consider, please see the Contact Us page,  Please note that before we can take a case, we ask you to provide information via a confidential questionnaire. That questionnaire allows us to determine if there is a basis to discuss the case further. In completing the questionnaire, feel free to provide as much information as we need to evaluate your potential claim. 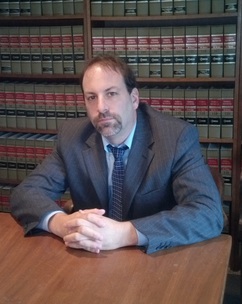 STEPHEN BERGSTEIN received his B.A. from SUNY New Paltz in 1989 and graduated from CUNY Law School in 1993, where he served on the editorial board of the school's law journal. Mr. Bergstein is admitted to practice in the courts of the State of New York, the Southern, Eastern and Northern Districts of New York, the Second, Third, and Fourth Circuit Courts of Appeal and the United States Supreme Court.

In 2015, Martindale-Hubbell issued Mr. Bergstein an AV-rating. According to Martindale-Hubbell, these Peer Review Ratings “are the gold standard in attorney ratings, and have been for more than a century.” An AV-rating is “a significant rating accomplishment – a testament to the fact that a lawyer's peers rank him or her at the highest level of professional excellence.”

Mr. Bergstein has represented scores of plaintiffs in civil rights and employment cases in the state and federal courts, helping to set important case precedents involving the First Amendment, employment discrimination, sexual and racial harassment, housing discrimination, search and seizure, false arrest, municipal liability and whistleblower protection. He has significant trial and appellate experience. Many of Mr. Bergstein's precedents have attained widespread attention, including Back v. Hastings-on-Hudson, 365 F.3d 107 (2d Cir. 2004), which established for the first time that caregiver stereotyping in the workplace violates the civil rights laws. Another case that Mr. Bergstein argued early in his career, Weyant v. Okst, 101 F.3d 845 (2d Cir. 1996), is among the most frequently-cited cases in our jurisdiction on false arrest issues. As reflected on our "success stories" page, he has successfully litigated a variety of civil rights matters covering disabilities discrimination, gender discrimination and sexual harassment, whistleblower protection, and government misconduct.

Mr. Bergstein is an active member of the New York chapter of National Employment Lawyers' Association, a bar association that represents the interests of plaintiffs' civil rights lawyers. From 2009 through 2016, Mr. Bergstein served on the board of directors of NELA/NY, and during that time he co-edited that organization's newsletter. In addition, he maintains a law blog which covers civil rights developments in the United States Court of Appeals for the Second Circuit and other courts. (www.secondcircuitcivilrights.blogspot.com).

Mr. Bergstein lectures extensively on civil rights matters and has been quoted in local and national media on civil rights issues. He regularly provides updates on the civil rights decisions of the Second Circuit Court of Appeals at continuing legal education conferences sponsored by NELA/NY and other bar associations, and he has also lectured on workplace stereotyping, mediation, police practices, and the fundamentals of employment discrimination. In addition, Mr. Bergstein has lectured before human resources professionals, advising them on the basics of employment law in New York and outlining appropriate ways to comply with the legal requirements governing public and private employees. Mr. Bergstein has lectured on dozens of occasions on civil rights developments. Mr. Bergstein also regularly publishes commentary in the New York Law Journal on civil rights developments in the Second Circuit. He returns to his law school each year to lecture students on trial skills.

Mr. Bergstein is also a  court-approved mediator in the Northern District of New York. The United States Court of Appeals for the Second Circuit from time to time assigns him pro bono appeals to handle on behalf of clients who cannot afford an attorney,